Introducing our new surgeon! Welcome Dr. Sumeet Jindal, MD/MBA, Board-Certified Ophthalmologist and Oculofacial Cosmetic and Reconstructive Surgeon to our practice! Dr. Sumeet Jindal (called "Dr. J" in the practice, not to confuse him with his father, Dr. Vinod K. Jindal, grew up in Oxford and has now returned after 14 years of intense school and surgical training. He is seeing patients in Oxford and Raleigh and offers comprehensive eye care, cataract surgery, minimally invasive glaucoma surgery, and oculoplastic and facial cosmetic surgery procedures such as eyelid lifts, facelifts, necklifts, and much more! 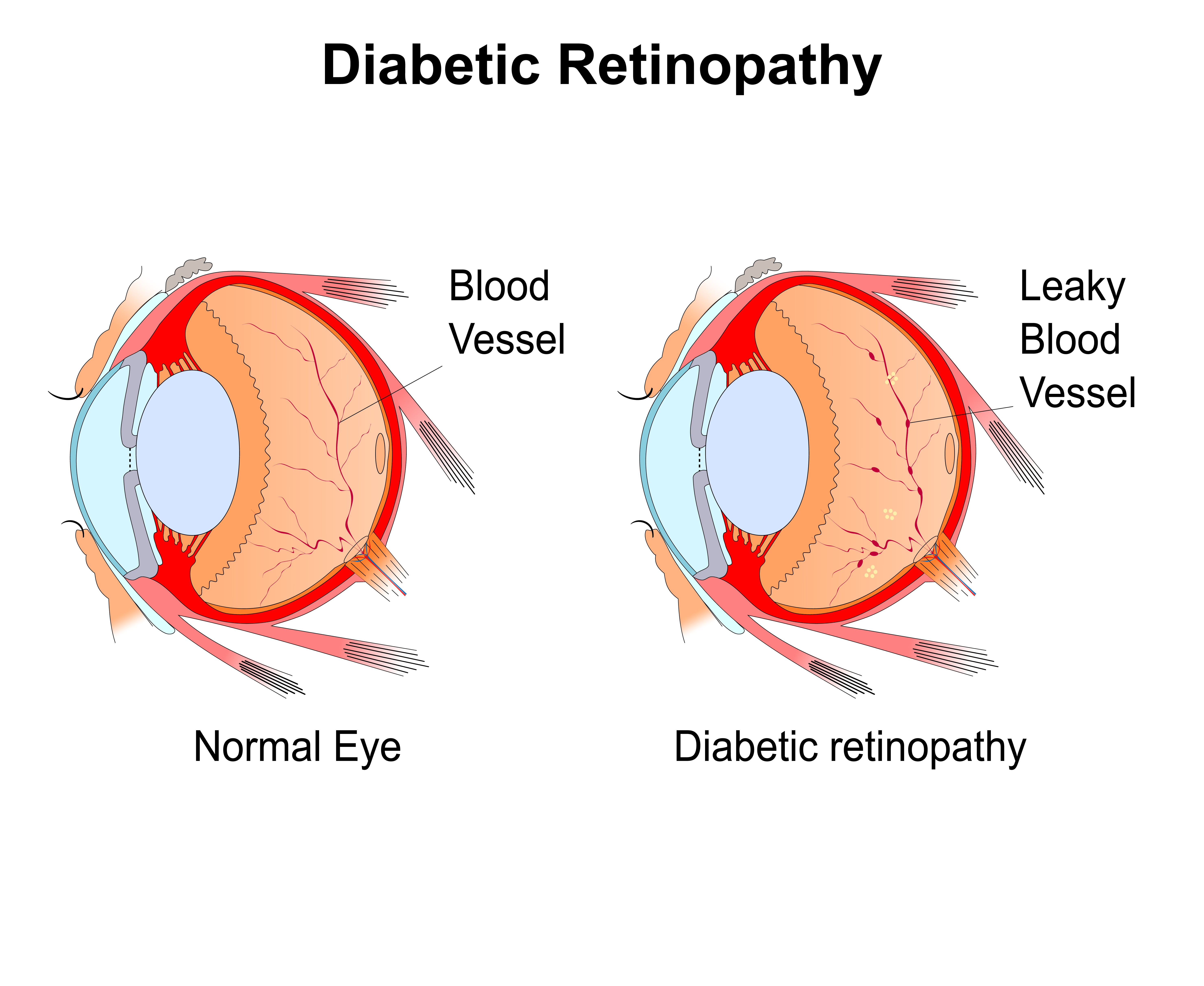 There was a time when most diabetics became blind due to a disease called diabetic retinopathy. Today vision is retainable through treatments. Changes in the retina can occur quickly and it is important to have a routine eye exam to treat the retina as soon as possible for any damage before sight is affected.

Diabetes damages the nerves and blood vessels throughout a person's body, including the eye, especially if their condition isn't managed properly.  If you have diabetic retinopathy, the changes to the retina include tiny red dots, which are small retinal hemorrhages, and leakage of serum from the eye. When this happens, it is a sign that the retina is damaged.

Having diabetes also increases a person's risk of certain eye conditions like glaucoma and cataracts. Because eye problems in diabetics are so prevalent, New Century Ophthalmology gives diabetics throughout Raleigh, Oxford, and the surrounding region with a solution for diabetic eye diseases.

Diabetic retinopathy is one of the more common conditions that affect diabetes. It is the leading cause of blindness in adults in the U.S.  This particular condition causes damage to the retina, which is the part of the eye that receives light and transfers images to the brain.

Diabetic Retinopathy usually does not have symptoms associated with its progression and can only be detected through a routine eye exam.

Injections, such as Avastin, is a medication that will help stop the growth of new blood vessels and can also stop some of the leakage of serum. Other forms of treatment include retinal laser and vitrectomy surgery. This surgery is performed when the blood vessels are growing and scar tissue is forming and needs to be removed. The surgery can also treat retinal detachments and neovascular glaucoma.

According to The Diabetes Council, diabetics are twice as likely to develop glaucoma than someone who doesn't have diabetes. The relationship between the two issues, however, isn't fully understood. This particular eye issue arises as a result of damage to the optic nerve. This region of your eye is responsible for sending messages from your eye to your brain. In most cases, the damage occurs due to high pressure in the eye. In many times, glaucoma doesn't have any symptoms in the early stages, making it imperative to get routine eye examinations for it. This is especially the case since any vision loss from glaucoma can't be recovered. Once the eye disease does cause symptoms, you may notice you have patchy blind spots. Generally, the spots occur in either your peripheral or central vision. Tunnel vision happens in more advanced stages. These symptoms are part of open-angle glaucoma. Another form of glaucoma is acute-angle closure glaucoma, which can cause severe headaches, eye pain, nausea, vomiting, blurred vision, and halos around light. It's an emergency and requires immediate treatment.

The connection between diabetes and cataracts isn't fully understood. It appears individuals with diabetes are 60-percent more likely to develop cataracts than someone without diabetes. Cataracts cause a clouding on the lens of your eye. People with cataracts may feel like their looking through a fogged window. Although cataracts may develop slowly and not interfere with your vision at first, once they progress they cause clouded, blurred, or dim vision. It makes it difficult for someone to see at night. You may have a sensitivity to light or see halos around light. You might have a fading or yellowing of colors.

While it's important for all individuals to receive routine eye screenings, it's even more so for diabetic patients. Once cataracts and glaucoma progress, the conditions are manageable but not reversible. Once cataracts worsen too much, surgery is the only way to correct the problem. With management techniques, you may keep your eyesight for longer since either condition may lead to blindness.

If you have diabetes and have not had a routine eye exam in a while, please contact New Century Ophthalmology today and request an appointment.

Schedule an appointment for routine eye examinations if you have diabetes by contacting New Century Ophthalmology, serving the Raleigh and Oxford area, by calling (919) 693-6661.

We look forward to hearing from you.

Find us on the map